In 2015 I was sought out by special effects master Ryan Nicholson to whip up some concept art for a few 'special' zombies in the upcoming film "Dead Rising: Watchtower", based on the Capcom game series. Being a fan of the games since the initial XBox days, I couldn't say no.

After a few iterations, I was proud to come up with a new addition to Dead Rising's roster of dangerous clown characters. Bonzo here is played in the film by Ernst C. Harth, with make-up effects by Ryan Nicholson, Megan Nicholson and Michelle Grady. They got the look down exactly! The art shown here was also used as a vinyl print for Bonzo's truck, seen in the film.

I'm not mentioned in the following "Making Of" feature, but you can see interviews with actor and artists, including great close-ups of Bonzo and his creepy van:

Hot off the desktop: Some matte Photoshops I whipped up (on very short notice) for upcoming CineCoup project, "The Legend of Davy Crockett" directed by Andrew de Villiers. These composites are intended to deliver the aesthetic and atmosphere of the movie, accompanied by explanations from de Villiers for the CineCoup crowd.

The art has had a lot of positive response already — as I write this, "Davy Crockett" is in the voting lead! At any rate, the crew could still use your vote, so get on over there!

Afternoon birthday art for a friend of mine, depicting her favourite character Cassandra Pentaghast from Dragon Age: Inquisition.

My friend loves the ’80s as much as I do, so I did this one in the style of the great Patrick Nagel, of whom I'm a great fan. 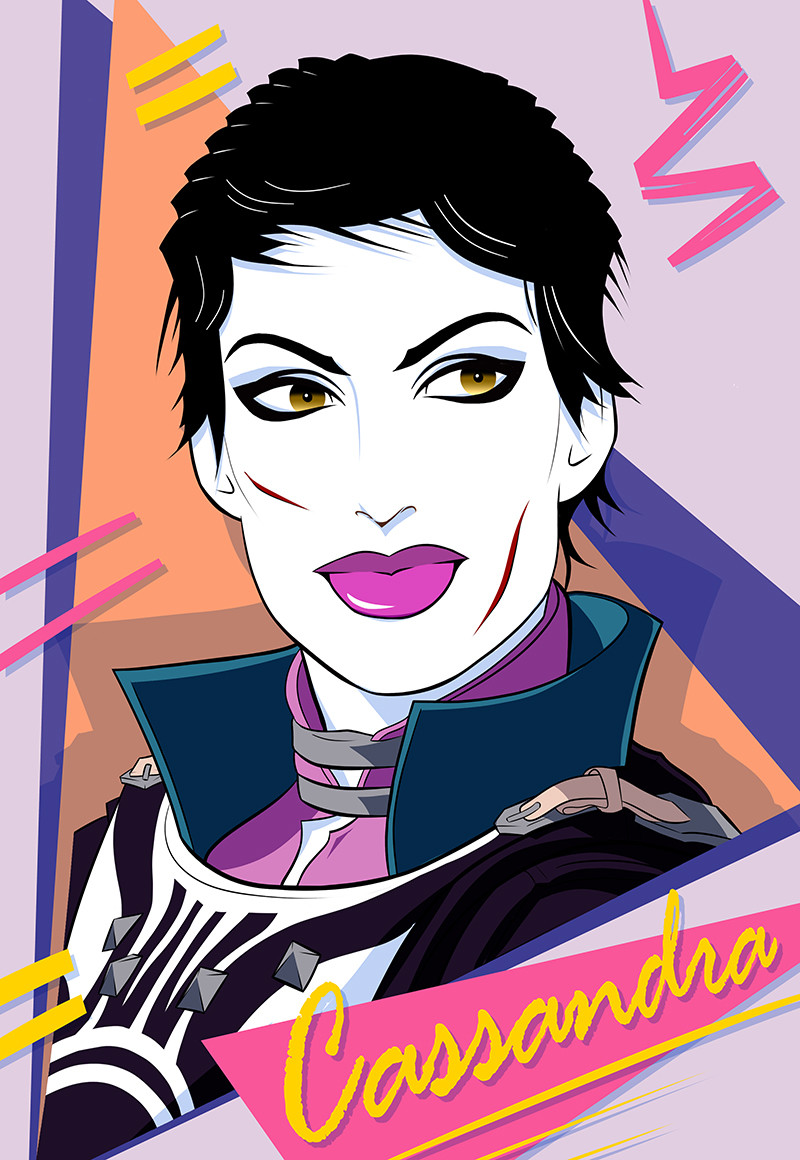 Scarlett and Tricia, lead characters of “Scarlet Vengeance,” with the project’s logo, done up as a retro VHS cover. I have a serious love for ’80s cyberpunk fashion, VHS trash, and all that goodness. 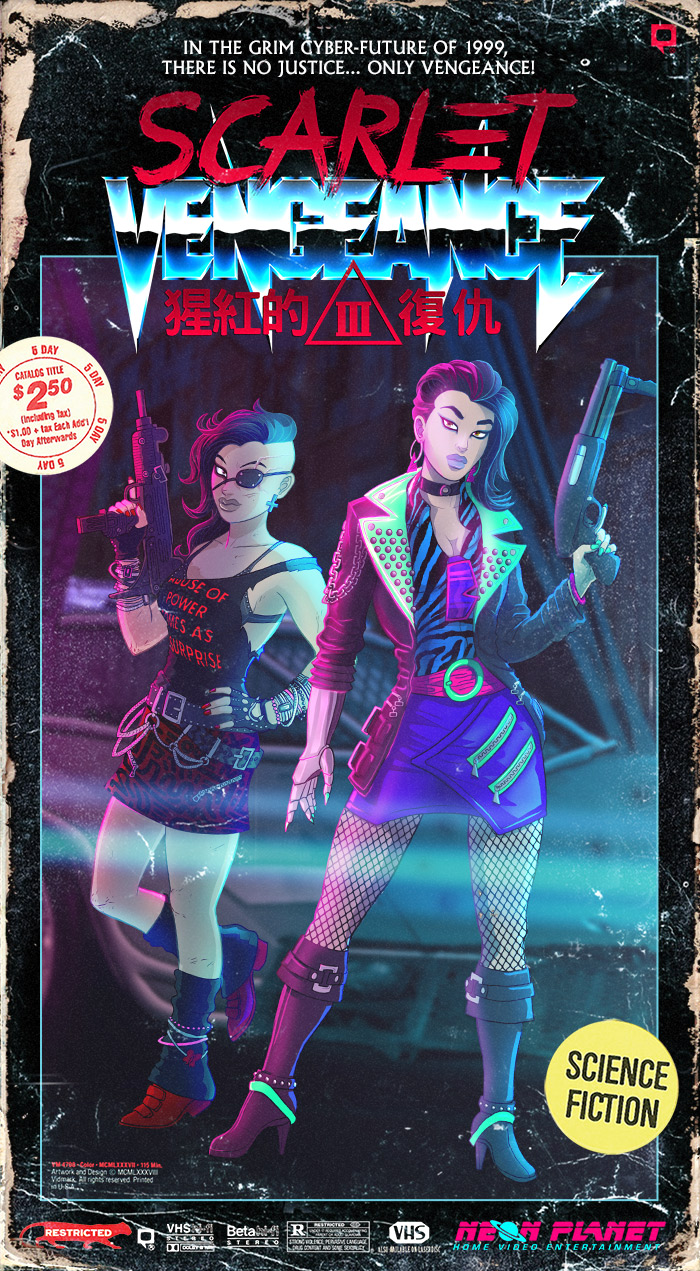 My contributions to an upcoming project for the 60-Second Film competition. For these, I owe the director and 3D artist Kial Natale for providing several excellent renders and plates to work with. This was my first experience in creating mattes for films. A fun and colourful challenge!

Kial has just released a behind-the-scenes special on the project so you can see the incredible work that he and the team did. (I get a shout-out as well!) Check it out!